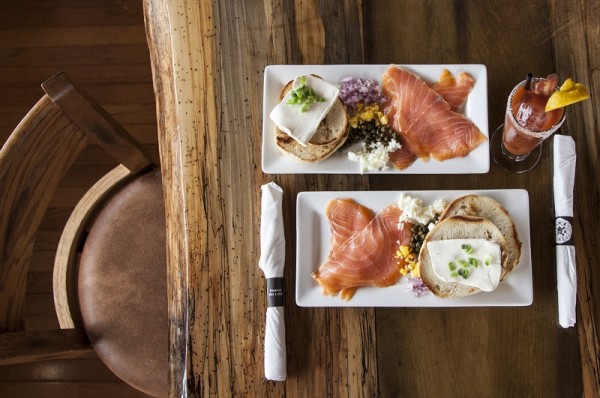 Nashville Scene: The Year in Food 2015

The Year in Food 2015 – The crane was Nashville’s fowl of choice in a boom year for restaurant development. It’s been another eventful year for the food scene in Nashville. Some months of 2015 have seen more notable restaurant openings than we might have had in an entire year back in pre-boom Nashville. In addition to offering a list of restaurant openings and closings in 2015 (lists that are as comprehensive as we could compile, but likely incomplete), here are a few trends from the past year worth mentioning:

The Year of the Crane: The turbocharged pace of Nashville real estate has shaken the ground rules for opening restaurants. New restaurants have always had to find a spot to lease (or in cheaper years, purchase) before opening their doors, but now ambitious restaurateurs often look to team up with developers. Nearly every mixed-use development under construction has restaurant space of some kind in the ground floor, and that spells opportunity. Unfortunately, one promising deal fell apart this year, when revered chef Deb Paquette gave up on a Sylvan Park site after the city stopped construction on the building that would have housed her restaurant Truss, amid accusations that the developer had overbuilt the project. Paquette and her partners have now moved on to lease space in a different new development, one in Green Hills. The new future Paquette restaurant, called Etc, is expected to open in the spring or summer of 2016.

North/West Passages: The Germantown neighborhood north of downtown continued its massive transformation this year, welcoming not just a new ballpark but also restaurants 5th & Taylor, Cochon Butcher, Steadfast Coffee and the latest Barista Parlor location. More eateries are expected next year as Fresh Hospitality fills out the spaces in the redeveloped Peafowl Building. Also, Miranda Whitcomb Pontes has announced two projects in Germantown, Lulu and Geist. Meanwhile, the Charlotte corridor west of downtown has heated up, with the popular new vegan/raw restaurant Avo leading the way for more planned restaurants in the OneC1TY project, near Charlotte Avenue and 28th Avenue North. Further west on Charlotte near 40th, H.G. Hill Realty is building the Hill Center Sylvan Heights, which will get Double Dogs, Farm Burger and The Sorting Table next year.

Old Friends Reinvent: A welcome trend this year is long-established restaurants expanding or refreshing their concepts. Popular East Nashville dive Dino’s got gently refurbished at the beginning of the year. Over the summer, The Family Wash reopened in a bigger space with a new chef, John Stephenson (formerly of Fido), running the kitchen. The venerable Arnold’s Family Restaurant is currently in the midst of renovation, and has opened a satellite location in Green Hills. Hot chicken spot Pepperfire and sushi house Nomzilla both moved to new locations in a building on Gallatin Avenue in East Nashville. And just a couple weeks ago, Otaku Ramen, the new bricks-and-mortar version of Sarah Gavigan’s Otaku South, opened its doors in the Gulch.

Catbird Migration: The nationally known avant-garde gem The Catbird Seat is losing a chef but will be gaining one in the new year. Trevor Moran has departed for a new gig with his old boss René Redzepi in Denmark, helping Redzepi launch the next incarnation of Noma, one of the hottest new restaurant projects on the planet. Replacing Moran will be highly regarded chef Ryan Poli, formerly of Chicago’s Tavernita, Barcito and Little Market Brasserie (who left Chicago to spend two years traveling and cooking with folks like Redzepi).

Meet the Meats: One theme has dominated the recent wave of new restaurants: meat. No fewer than three new restaurants this year have “Butcher” in the title (Butchertown Hall, Cochon Butcher and Butcher & Bee). The good news is that in many cases it’s high-quality carnivore fare, locally sourced and often featuring sausages and other products made in house. But personally, as an omnivore, I hope the future brings fewer new burger and barbecue offerings, and more creative vegetable dishes. Not that I don’t love meat, but I’d like to see more of what talented chefs can do with the vegetable kingdom as their playground.

What to Watch in 2016: Our curiosity is piqued by Bastion, the upcoming Wedgewood-Houston spot from chef Josh Habiger (The Catbird Seat, Pinewood Social); The Hook, a second Berry Hill restaurant from Sinema chef Dale Levitski; Proper Bagel, which vows to make and sell authentic bagels on Belmont Boulevard; and Lulu and Geist, the aforementioned Germantown projects. Also, chef Maneet Chauhan, who just opened Mantra Brewery to supply craft beer to her stellar Chauhan Ale & Masala House, has said she is looking to open a couple restaurants in the former Anthem space next to Chauhan. Looks like 2016 is going to be another good year.

Nashville saw a slew of restaurant openings in 2015 — not to mention several restaurant closings, as well — with many more expected to open in the coming year. See our (likely incomplete) list below.

Cafe Lula (at the Ryman)

This article is reproduced from “The crane was Nashville’s fowl of choice in a boom year for restaurant development” by Dana Kopp Franklin, Nashville Scene.